Today’s ride was a complete change from yesterday. The weather was sunny and mild and the terrain a complete ossopite from yesterday’s mountains. Aside from one small hill leading out of Gorizia, there was very little change in elevation.

The ride was mostly through farmland and wine vineyards with some small villages and towns sprinkled along the way. Our distance was longer at around 102 kilometres not counting the unscheduled detour that added an extra two or three. We maintained a fairly fast pace but still slow enough to snap a few photos and soak in a few sights.

The most interesting of those sights was the ancient walled city of Palmanova. The town is actually a Renaissance star fort built by Venetian Republic in 1593. It is a World Heritage Site and is an early example of urban planning based on the Utopian ideals of Thomas Moore. The ideal was for complete equality among the residents with all wealth and responsibility equally shared. Just guessing here but I don’t think what looked good in theory worked all that well in reality. The builders of this Utopia must have anticipated envious troublemakers since they took the trouble to enclose it with a strong, defensive wall as well as an extensive mote and other battlements. All must not have been peaceful in Utopia. 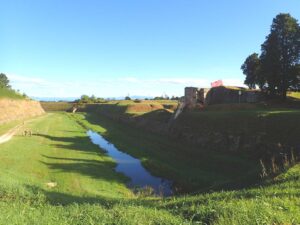 Palmanova of today is still an interesting place with tourism replacing the Utopian ideals. The center square was given over to an open air market with a flea market variety of vendors selling widgets, gadgets, foods and floss. In the center were amusement rides of the type found at most carnivals. The place was packed and we had to walk our bikes carefully through the crowd. 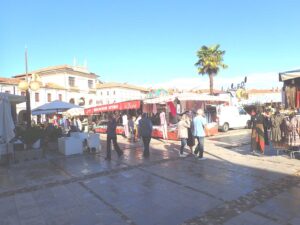 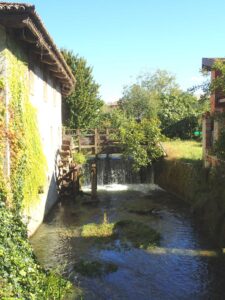 After a riverside lunch we were off on the final 50 or so kilometres of our trip with more great scenery such as the old water mill seen in the photo below as well as an unexpected detour that briefly forced us ointo a busier road than we normally travel. Our journey ended in the town of Corbolone, where there was little except for a nice place to stay, a church with an obviously brand new bell that they were eager to show off…frequently and a restaurant that closed that decided to shut down just as everybody was ready for their second beer. However, TDA staffer Tim, was the hero of the hour bringing back a refreshing supply of sudsy goodness from an more spirited entrepreneur.