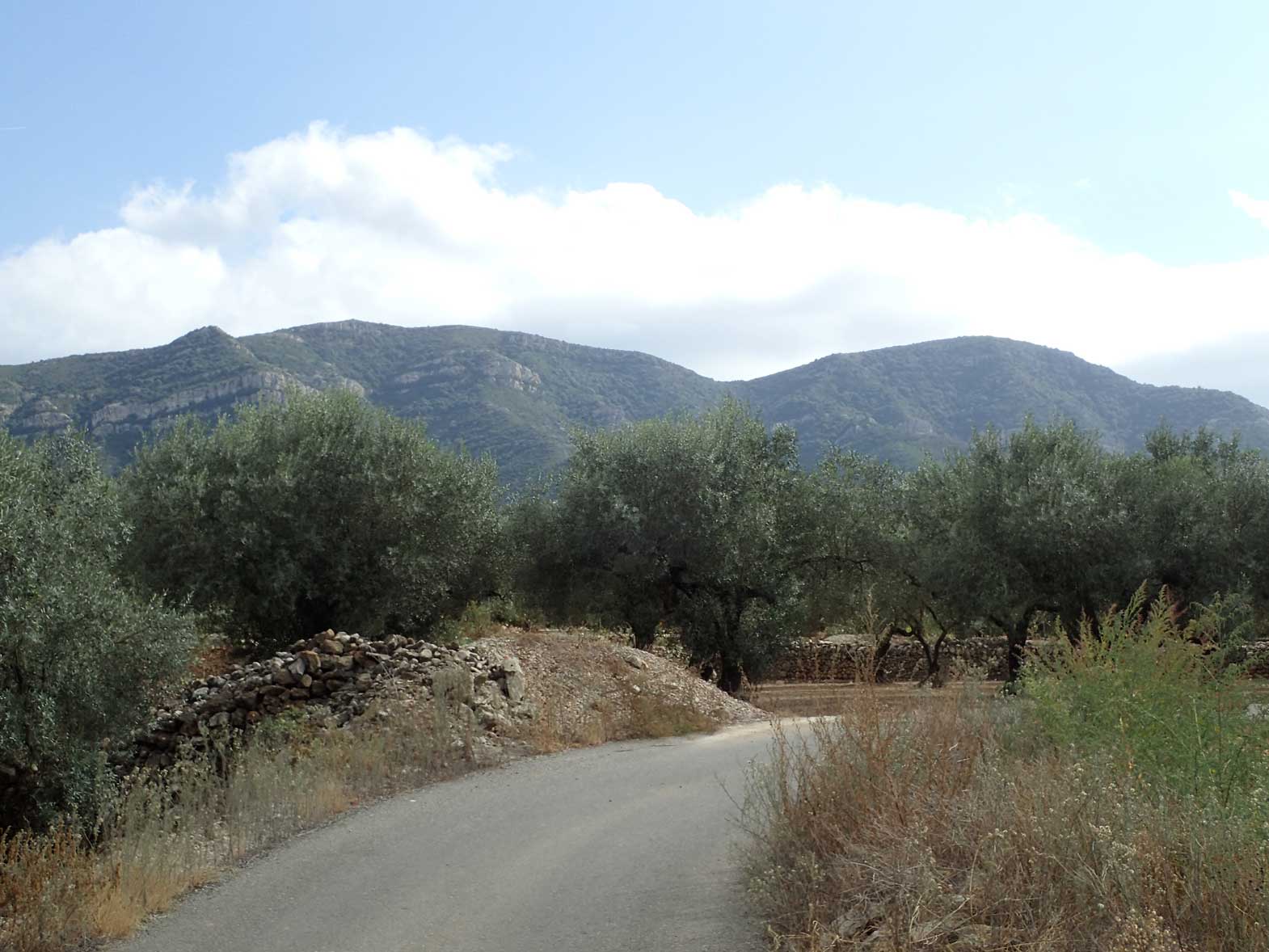 Our days are starting later now that we are well into mid October. There is no sense in riding before the sun is up. We left Tarragona, a pretty seaside town at around nine a.m. And started to head southwest along the Spanish coast to out next stop in Banicarlo. It was a long ride at 134 kilometers but the terrain was mostly flat. Unfortunately there would be a headwind but there always seems to be a headwind when you are on a bicycle. 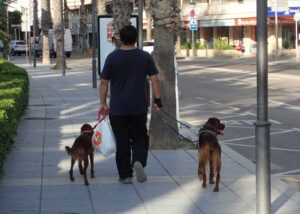 coast for a bit and then up into the more rural farm lands of the countryside. It would be like this all the way to Valencia. On one of the coastal legs, I managed to glimpse a guy walking two Irish Setters, one about the size of my current male Rascal and the other a female about the size of my previous setter, Blaze. It was a homesick moment.

Away from the coast we were into orange and olive country with black olives and Valencia oranges growing almost everywhere. If you get one of those wooden crates of oranges for Christmas this year, I likely rode right past your fruit. Most of the oranges were still green but some were getting ripe and there were harvesting operations underway during both day’s rides.

The ride from Bencarlo to Castello was much like that of the day before only shorter at 87 kilometers. The scenery 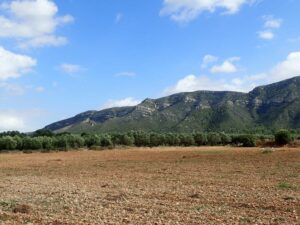 was similar and we still alternated between coast and farmlands as we followed the route of Spain’s high speed rail line between the mountains and the coast. Our route followed some old farming roads when it left the coast and we entered some rural villages where farm operations seemed to predominate. As we approached one over this rough, rural road the spires of a large cathedral appeared as if on a hill as we rounded a bend. It reminded me of something and for a moment I thought I saw skywriting spelling out, “Surrender Dorothy.” As it turned out, it was just a large church in a small town and even though I was not in Kansas, I was also not in OZ.