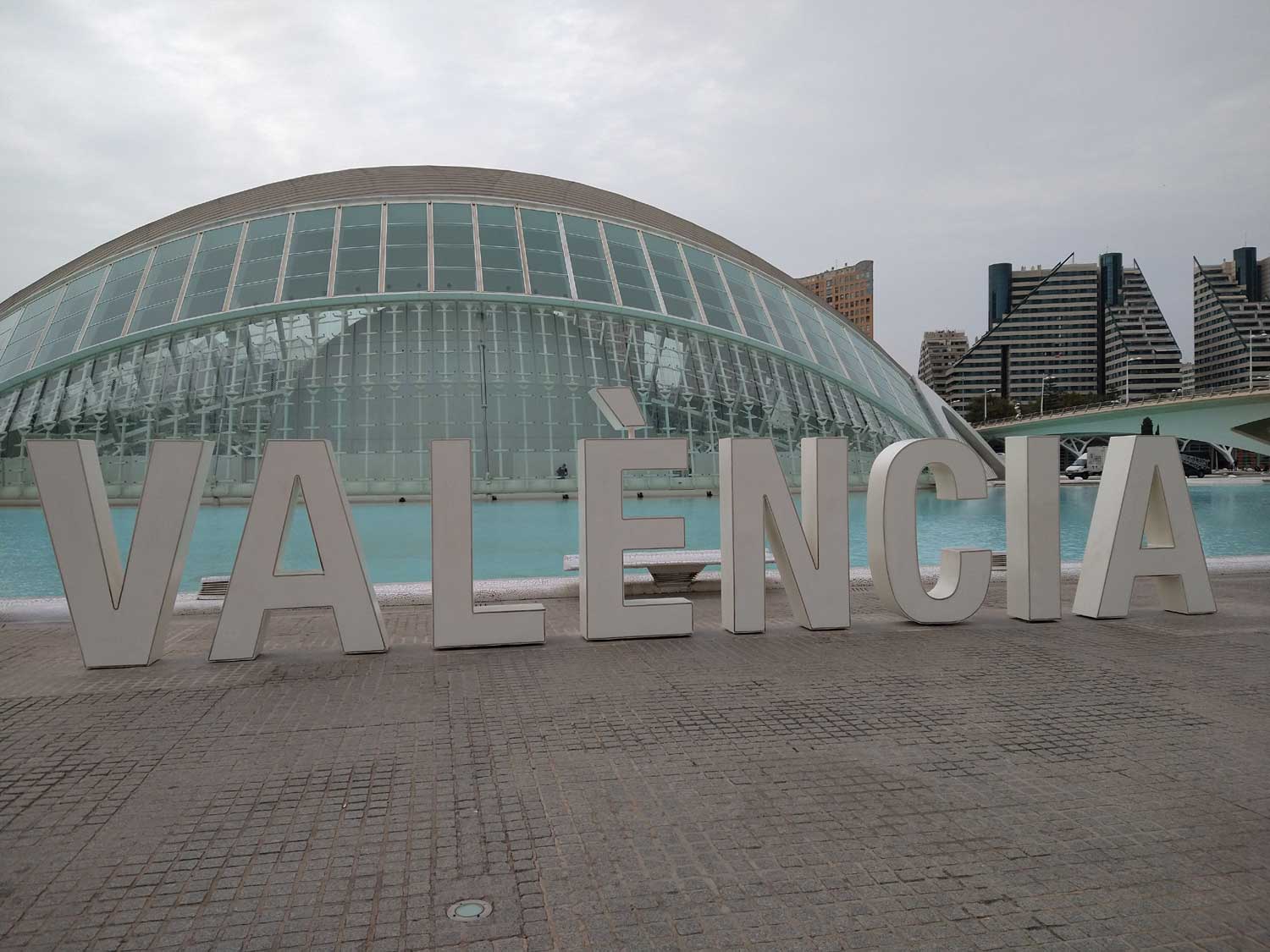 Today is a rest day in Valencia so I decided to do a short walking tour down towards the waterfront. Valencia was once plagued by the annual flooding of the Turia River. As the city grew to over 2 million people and became the third largest in Spain, this flooding became such a problem that the Turia was dammed and diverted around the city. Today the former river bed is a long, serpentine park that winds through the city to a spectacular terminus at the City of Arts and Sciences. This ultra modern testament to architectural design is home to museums, a science center, a large theater as well as an expansive plaza with reflective pools. It is truly worth the time to walk and absorb the beauty of man made design 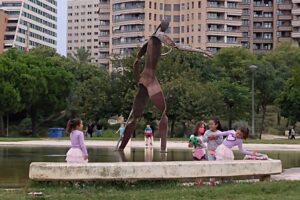 As this park flows along the course of the old river bed, it passes under bridges and offers places for children to play. People practice yoga here, jog, ride their bikes as well as other recreations. It is also popular for concerts, weddings and social gatherings. This is a great use for the old river bed and it appears to be the center for active lifestyles with people in motion everywhere.

Valencia, like most European cities, has its older sections with wide plazas and narrow side streets. In the city center these areas seem dominated by restaurants and the usual assortment of stores from company owned brand name outlets to small mom and pop operations. McDonalds and Burger King always seem to have a prominent spot but I can not understand why. Of course there is the required large and elaborate fountain to serve as a focal point. These areas are almost always busy and pan handlers, buskers and the occasional pickpocket can be experienced here. Guard your purse or wallet while you enjoy the sights, the tapas and your choice of beer or wine.