With my bike boxed and ready for the flight back to Canada and a day to wait before taking that flight, there was some time to get to know The Rock. After a farewell dinner last night our group began to break apart, some to home, some to new adventures and some to reunite with loved ones who came to Gibraltar for the finale. A few of us had an extra day or two before our flights and three of us decided to do a hike through Gibraltar’s nature preserve. 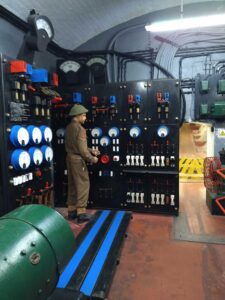 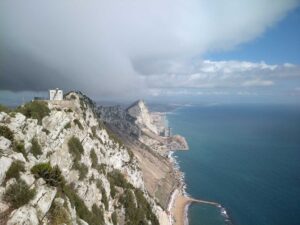 The hike takes you either up a roadway to the top or along a rugged path that follows the contour of land as it climbs and dips along the steep limestone sides of the terrain. We chose the rugged path with its many rock steps and outstanding views of the Mediterranean sea and the continent of Africa just fifteen miles across the straits of Gibraltar. The path leads you past the fortified gun placements, many from World War Two but some from the long history of this British fortress. We climbed our way to the top where the big nine inch guns commanded the straits and could reach out and touch any who should not be allowed to pass. Under the highest battery is a museum display preserving the look of the extensive works required to command these weapons of destruction. 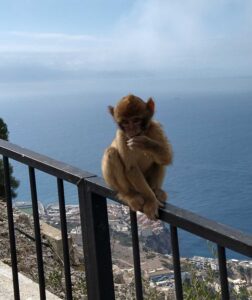 Gibraltar is also home to a troop of Macaques, a cousin of ours from Northern Africa. One local legend says that they came to Gibraltar through a network of caverns that extend under the straits to Morocco. If so, no one has ever found any such a subterranean connection despite determined efforts to do so. It is far more likely that the monkeys arrived on some ship long forgotten in the mists of time. Today they are both an attraction and a pest. They are quite tame and will pose for any number of photographs but watch out if you have anything that looks like food.

I was attached by a fairly large one simply because I had an unopened bag of chips in my hand. I was standing just inside the open doorway of the little restaurant and store at the exit from St. Michael’s Cave when the aggressive little cuss jumped at me, clawing my side and trying to knock the chip bag from my hand. This is not at all an unusual experience. One of the TdA staff who was using his days off to explore Gibraltar with his family had a bag of expensive chocolates stolen right out of his hand by one of the critters. They may be cute but their cuteness comes with a price. Feeding them carries a 4,000 GBP fine but I assume neither Macaques or victims are charged for thefts. 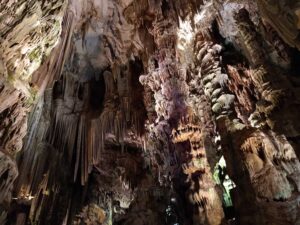 St. Michael’s cave is well worth the visit with some of the most beautiful examples of flow-stone that I have ever seen. While the public portion of the cave is fairly small, the lighting effects and light show really highlight these wonderful limestone formations. There is a good deal of the cave that is not open to the public and there is still exploration of the cave network that undermines Gibraltar. Evidence of Neanderthal occupation from around 40,000 years ago has recently been found in one location. In addition to the caves, there are many miles of military tunnels from Gibraltar’s long history as a fortress. Today it still serves as Britain’s watch-post on the Mediterranean and a projection of England’s military prowess. Spain would like to have it back but that does not appear to be in the cards. 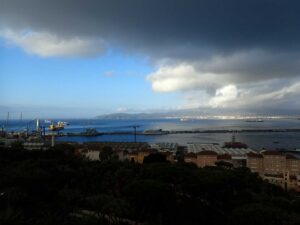 More than a tourist attraction Gibraltar is still a busy port with dry docks and facilities for shipbuilding. Still, tourism is the fuel for its economic engine and that fuel seems to be taking over more and more of the Rock’s real estate. The place is already crowded with steep curving streets, fast moving vehicles and pedestrians who must feel like targets in some road warrior video game. I loved my short visit but would have ulcers if I had to live with this traffic every day.

Tomorrow I head home. It has been a long but epic journey and everything I hoped it would be. I’ll have a few things to add about my fellow riders and the TdA staff in my epilogue. 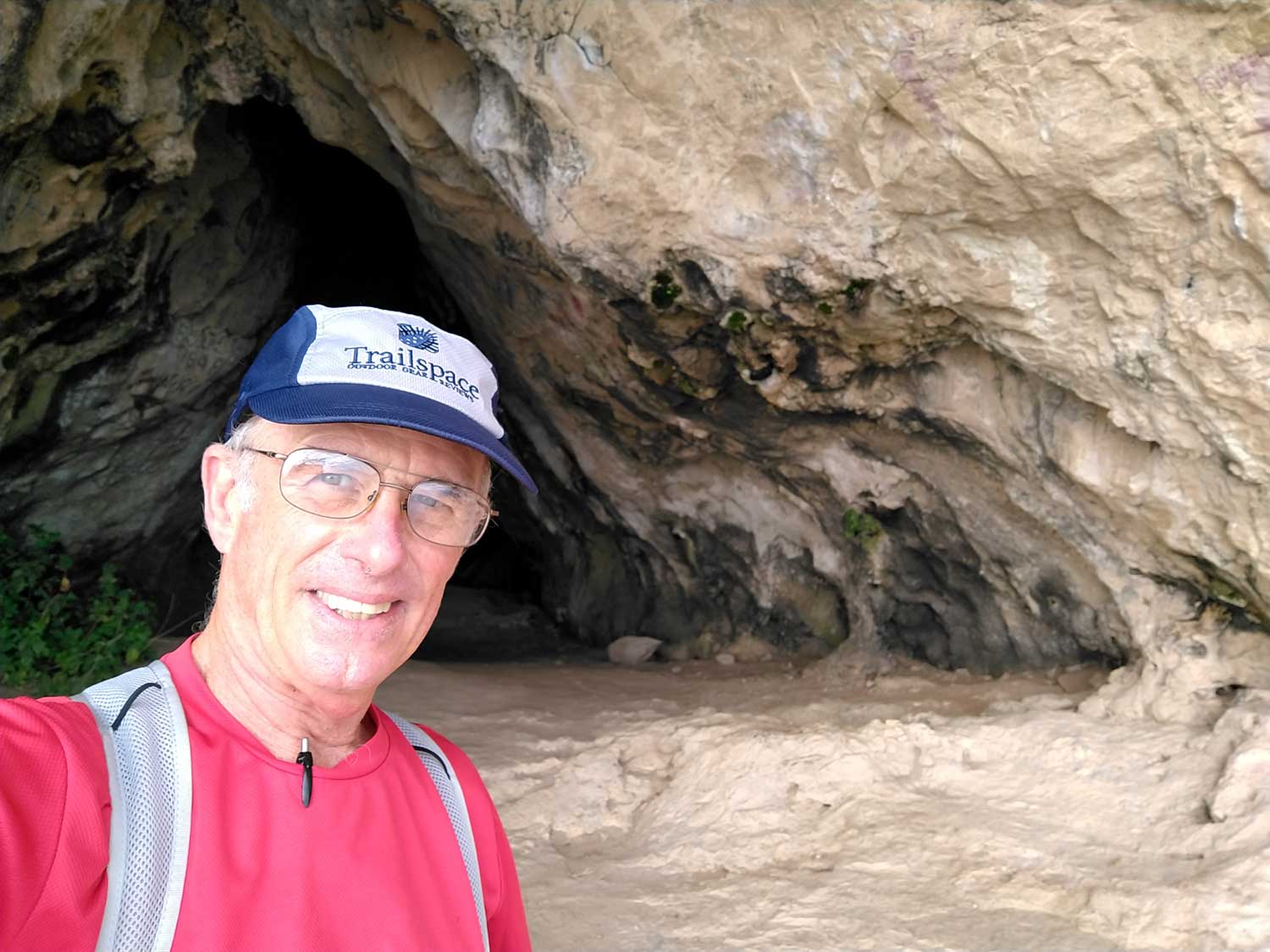