Today was sunny and mild. Perfect for the 90 kilometers of flat riding we had along the banks of the Adige and Po rivers. Leaving Chioggia we immediately headed into the farming countryside where it appeared some crops were ready to be harvested. Following the flat roads and paths along the River Adige we crossed over and into the town of Cavarzere where an open air street market was in progress. Somehow we managed to pass up the tempting bargains being offered and continued along our way crossing into the valley of the mighty Po River.

The Po is the longest river in Italy at 652 kilometers with the Adige a distand second at 410. We would only be able to take advantage of the relatively level terrain along its bank for part of this day as or next destination is further south. The Po is known across Europe for its fishing and judging by the excellent and colourful graffiti that we saw at lunch time, catfish appear to be a popular sport fish. I’m not sure I would eat a catfish from the Po. It looks clean enough but there is quite a bit of farm runoff that must go into it. Besides, I am spoiled with the tasty freshwater fish we have in Ontario. 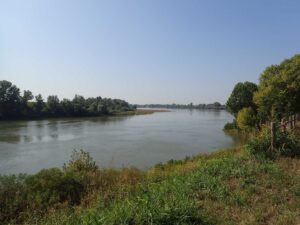 Ferrara is another star shaped, walled city and is famous for its brick castle. It was founded as a university city during the Italian Renaissance and was second to Bologna in its importance as a member of the Papal States. It was heavily bombed by allied warplanes during World War II due to its importance as a manufacturing center for rubber and plastics. Today tourism is one of its main economic drivers offering plentiful hospitality for which we bike riders are grateful.

Ferrara is also a center for the arts and within the walls of the Renaissance castle is a sculpture garden featuring the sculpture group Humanity created by Sara Bonzani and Nicola Zamboni depicting scenes from Palo Uccelo’s triptych, The Battle of San Romano as well as some scenes from modern life. Here knights battle to the death, horses tumble and courtly characters are depicted as marginalized people from modern day life. There is much more to this art installation but I shall leave it to you and Wikipedia for further details. 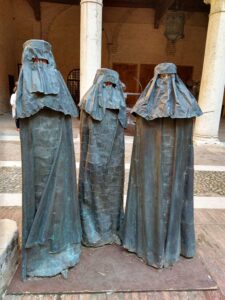 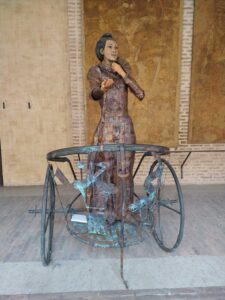 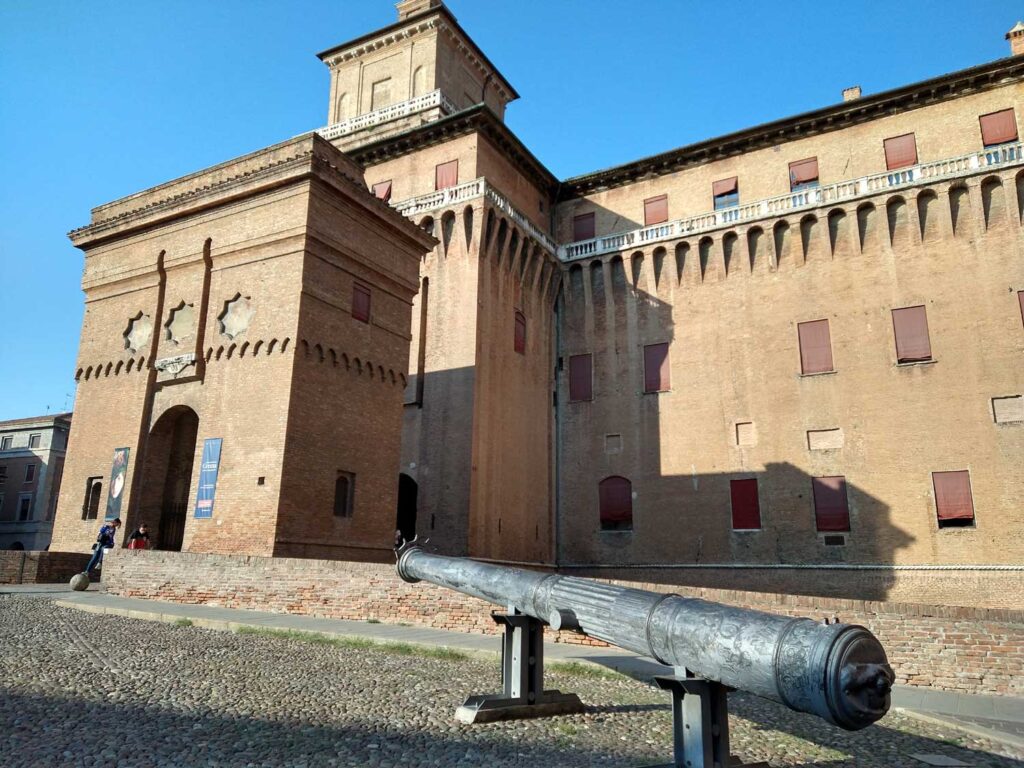