Our next to the last day of riding turned out to be more of a challenge than we anticipated. We had assumed that from Granada it would be mostly downhill to Gibraltar but it was not to be. First we had to spend our last Spanish night in the city of Ronda and Ronda sits high above a deep gorge. To get to Ronda we passed through the usual olive groves and into some foothills with steep climbs along rural back roads. Instead of be more downs than ups we had to climb a total of 1325 meters (4300 feet) and most of that during the second 45 kilometers of our 90 kilometer ride. While we have done longer rides with more climbing, today just seemed especially hard. Maybe it was because our expectations did not match reality. In any event, after a ride through some beautiful countryside we finally arrived in Ronda and our last night in Spain. 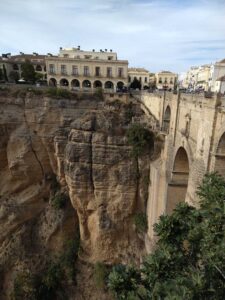 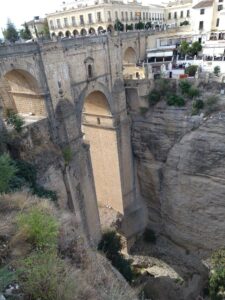 Ronda is an interesting town and quite a tourism destination. It sits high above a deep and narrow gorge and offer some fantastic views and even some cliff side dining if you like. The town is also known for it bullfighting museum and well preserved bullfighting arena. Is is also known for being the final resting place for the ashes of Orson Welles. 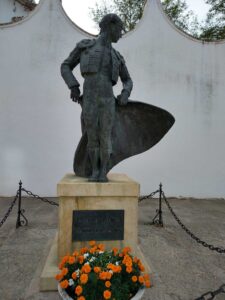 was fascinated by the Spanish bullfighting culture and even took part in a few amateur bullfights as a teenager. Like Hemingway he sided with the republican side during the Spanish Civil War using his vocal talents on his radio program to influence the intellectual community to support their cause. He and Hemingway eventually met during the production of Hemingway’s movie, The Spanish Earth, which Welles narrated. 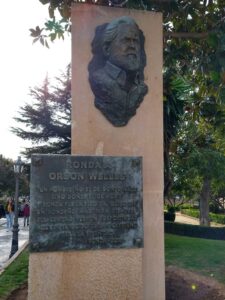 Welles strongest connection with Spain was through the Spanish actress, Margarita Carmen Cansino, who he eventually married. You may know her better by her working name, Rita Hayworth. Welles dies in 1985 and two years later his ashes were sprinkled into a well on the rural estate of a longtime friend, bullfighter Antonio Ordóñez. A plaque to Welles’ memory can be seen near the bullfighting ring in Ronda. 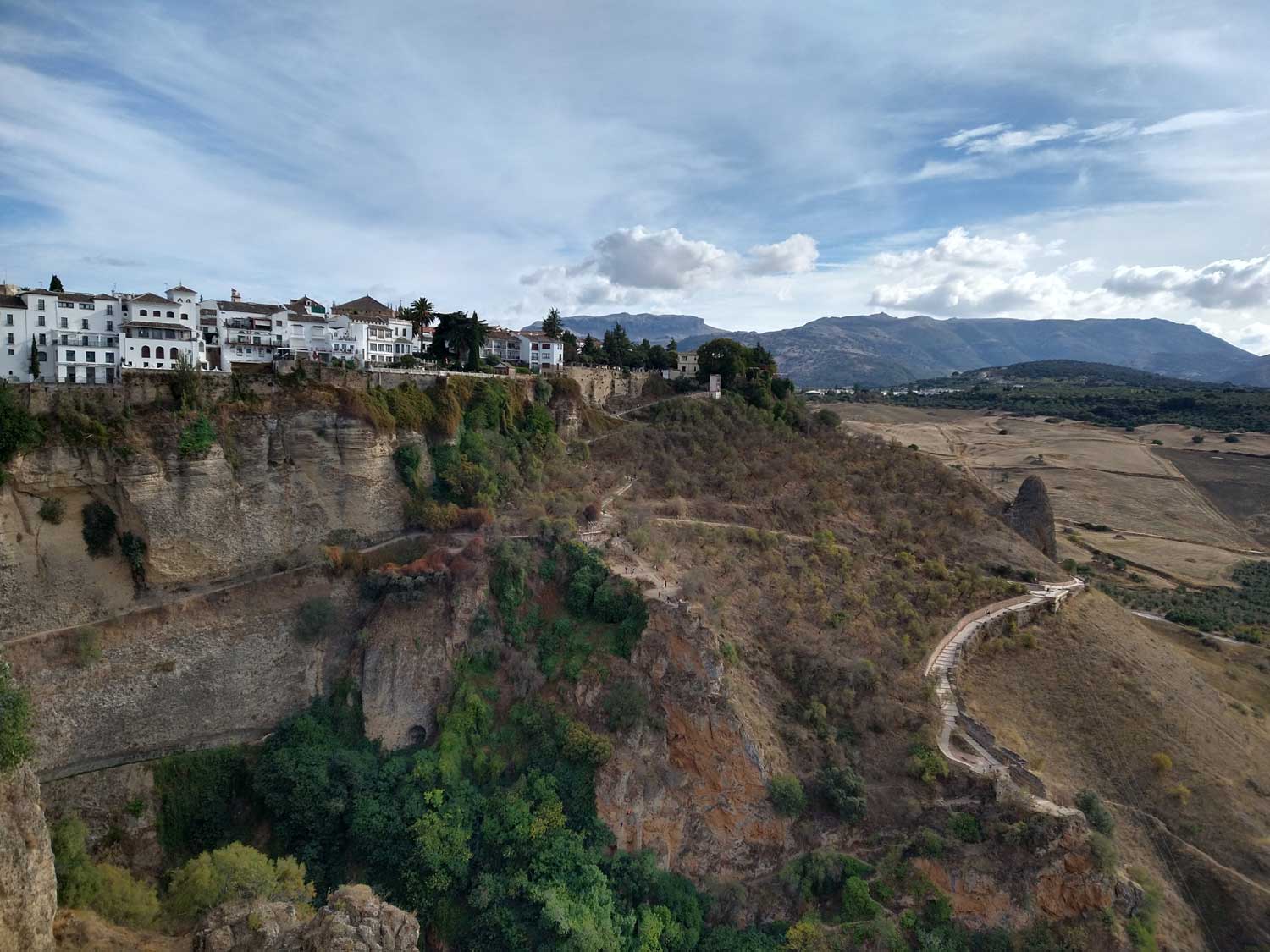