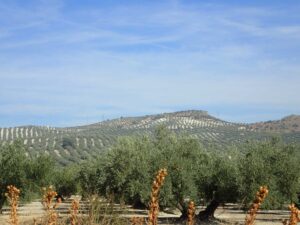 As the sun is rising ever later in the day so too are our daily journeys beginning later. We left Granada at a leisurely 9:30 for a 110 kilometer ride to our next overnight stay in the town of Antequera. Leaving the city we were quickly back into the olive plantations that seem to dominate this part of Spain. They truly are everywhere extending far up mountainsides wherever there is land that can sustain them. Irrigation networks throughout the region move the water through what is essentially a fairly dry landscape. As with many things in Spain, even the aqueducts are built with an architectural flair. 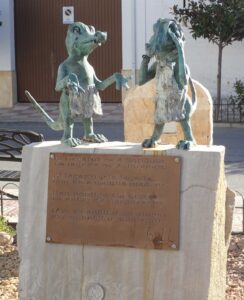 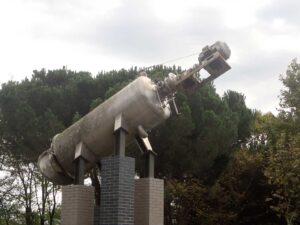 Along the way we passed through many small towns carved into the landscape. Often they have unusual artworks decorating their traffic circles and even some that are hard to understand as in the two examples I have shown. 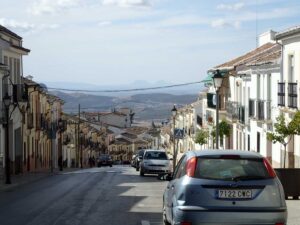 The skies have had a smoky quality ever since we entered into any orchard farming region and this is especially true of the Andalusian region in the south of Spain. Orchards require pruning to keep the trees productive and this is especially true of olive trees. The fall seems to be the best time to do this and the result is a fog like layer of smoke that fills the horizon. Every orchard seems to have plumes of smoke rising from multiple points. Some are small fires and some like then one in the photo are the result of larger pruning activities. Riding through these, especially when going uphill can result in some unpleasant breathing but thankfully, such episodes are short. in duration. 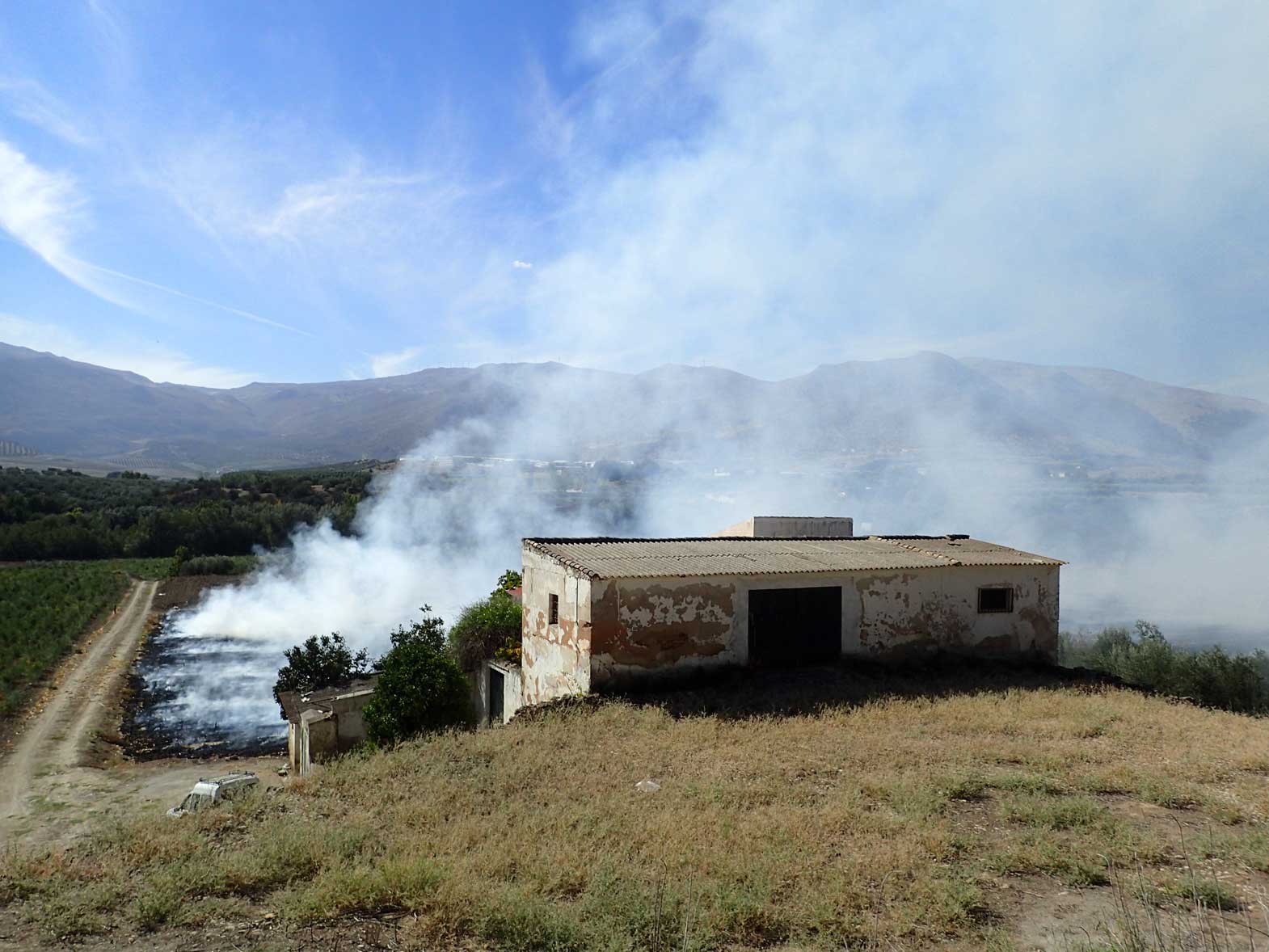