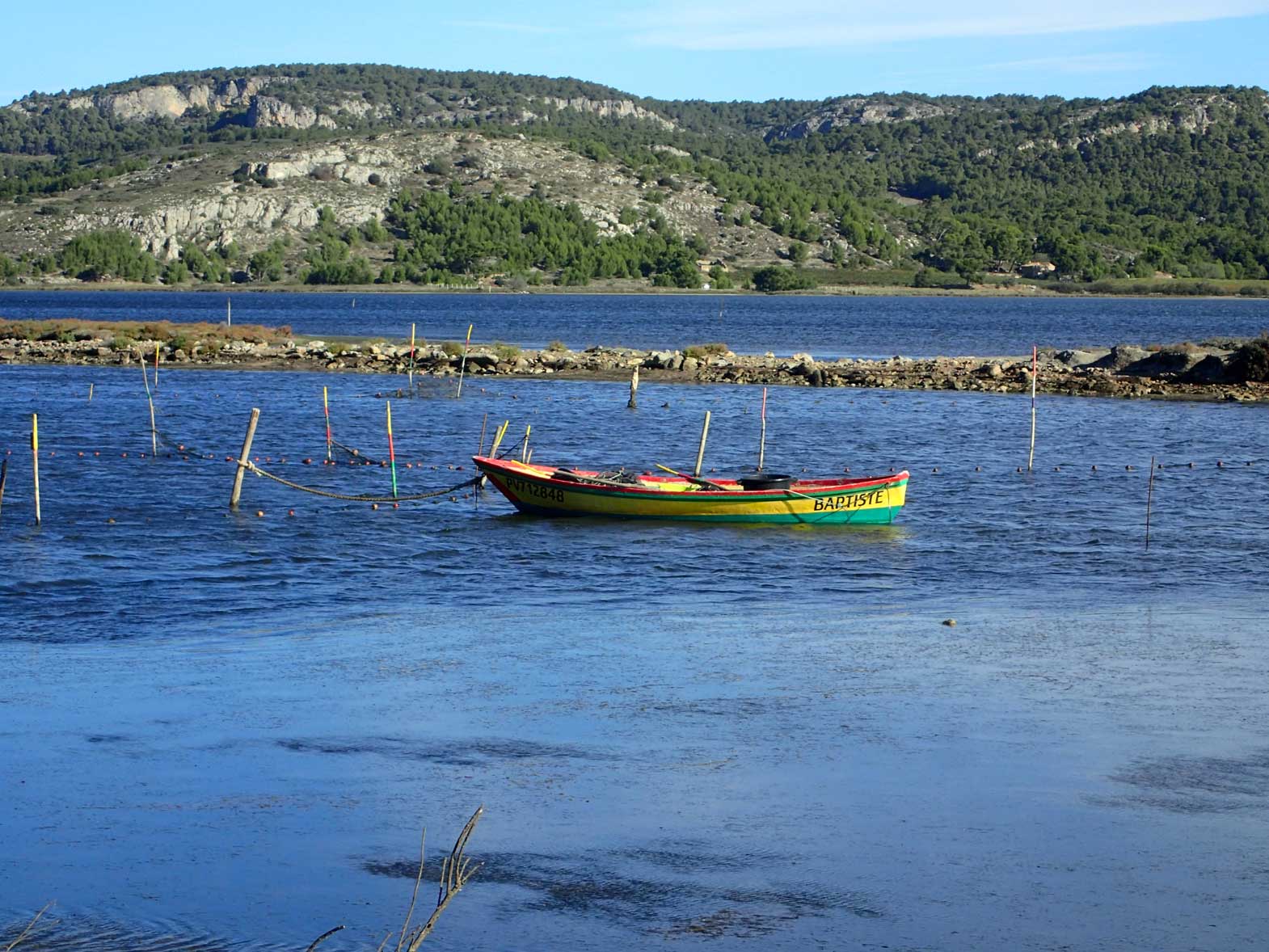 The ever present wind prevailed at gale force as we left the seaside town of Valras Plage. For the most part they were crosswinds but for a few grueling stretches they were headwinds that would almost stop you cold in your tracks if you did not pedal constantly. The mix of seaside resort tacky and natural seaside beauty more than compensated for the inconvenient wind.

Our route occasionally took us inland to go around the large estuaries and wetlands along the coast. Gunshots from hunters of feral pigs and waterfowl punctuated the howling wind in places. Once we turned out of the wind we were treated to an easy glide along a canal towpath that has been re-purposed into a spectacularly beautiful bicycle route. At one point only the narrow path itself separated the Mediterranean from the canal. This section of France seems to have been a transportation network of canals that are still used today for mainly recreational or tourism travel. 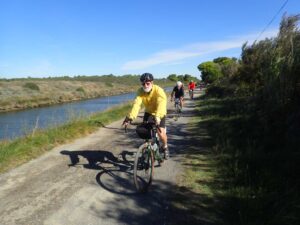 The towpath was somewhat rough but no problem for our mix of road and gravel tires. However, near the end of the canal there was pavement that seemed to be where the commune stockpiled all of their potholes for convenient access. I think it was somewhere along this stretch that my flashing headlight decided it wanted take up residence. At least it seemed the most likely place given the bone jarring quality of the roadway. 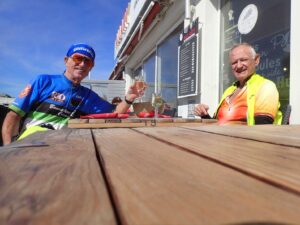 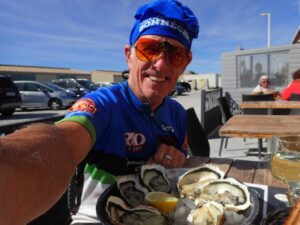 After lunch it was mostly tailwinds all the way to the next village where there were extensive oyster farms and a series of establishments serving the salty produce in all its wonderful forms. My riding partner, Lee and I elected to sample a plate of the raw variety along with a cold glass of white wine to accent the flavor. Having grown up on the Chesapeake Bay and eaten raw oysters all my life I have high standards for the salty bivalves. My rating for this southern French product: Five out of five stars.

A few more wind assisted kilometers took us to the end of this second easy day in a row and to a nice room and a cold beer. Tomorrow it is back into the heavy duty climbs as we hit the hills. 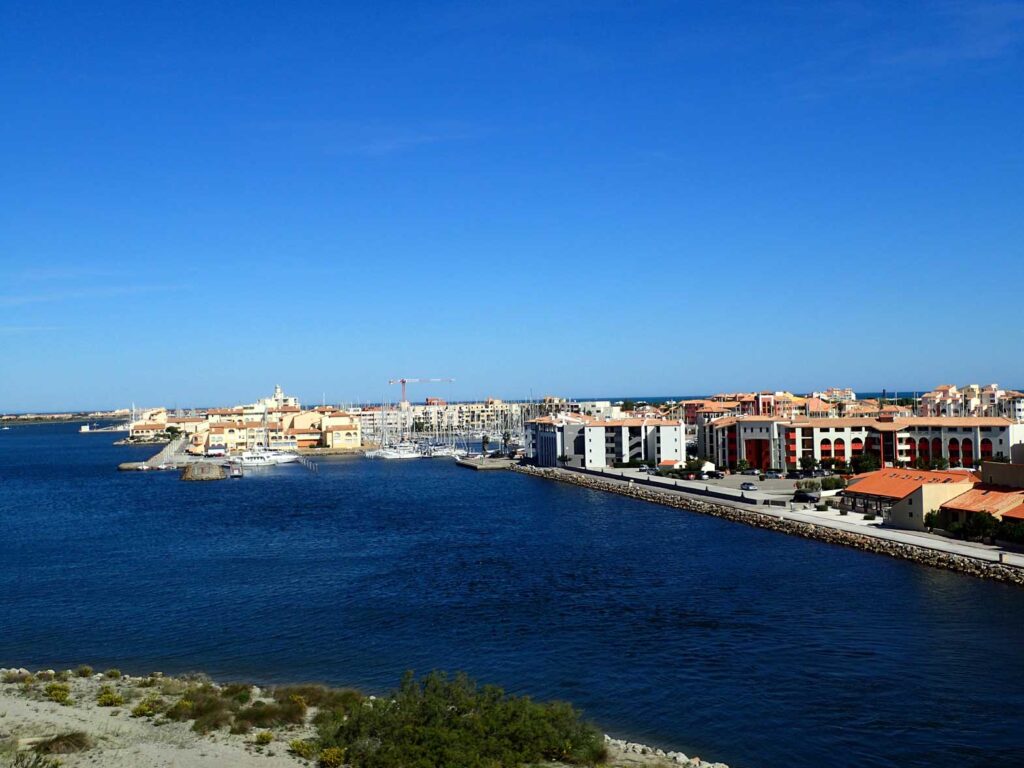