Abandoned Castles and Other Things

Our second day of our six day grind to Granada began with a climb. It was uphill all the way from breakfast but the road was well paved and the slopes mostly gradual. There were a number of castles along our way and some were rumored to be open. Unfortunately the rumor was false unless the day was a Saturday. I had the good fortune to encounter two faster riders coming back down from their climbs to the castle to let me know that my effort would not bare fruit. I was able to turn around without making the full climb to the disappointing castle gates.

We traveled mostly through farmland today with the landscape being rugged and rural. The orange and mango groves disappeared to be replaced with the ever present olive orchards. Most of the land appeared to be dry hardscrabble with olive groves of various ages in various states of growth. Once in awhile there would be a some grape arbors that appeared to be past the harvest.

There were a large number of abandoned residences along our route that all seemed to be of similar construction and vintage. All had terracotta roofs over a thatching of wood and fibers. The walls appeared to be adobe brick and if I had to guess, I would put construction sometime during the late 19th or early 20th century. I asked about their abandonment and it seems as though most of our group thinks that modern, mechanized farming methods and the resulting farm consolidations ended the economic vitality of these smaller, family farms resulting in sell outs or foreclosures that forced the former occupants from their homes. These home gradually have given in to the relentless processes of wear and weather to decay into the relics that were sprinkled along our route.

It is sad in a way to witness this change and I wonder what these communities would have looked like in the years long gone by. It reminded me of the abandoned school houses, log buildings and other empty and discarded structures that I see as I cycle at home in the Ottawa Valley. A lifestyle lost in the currents of time only to live in our imaginations. 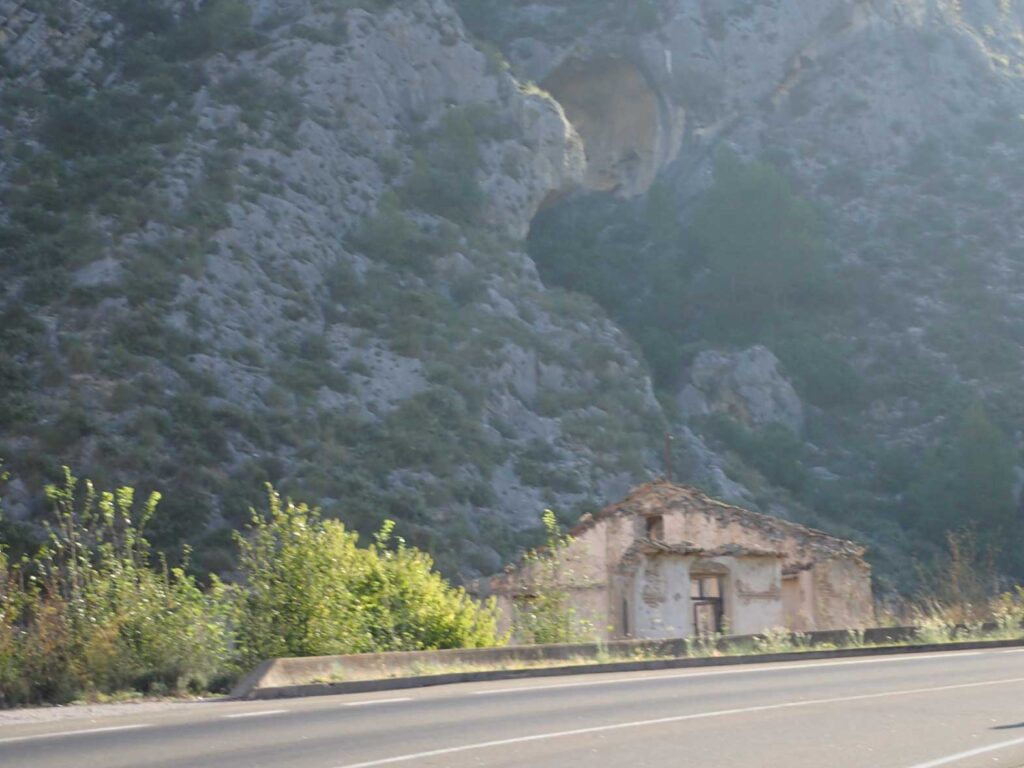