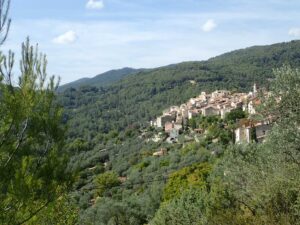 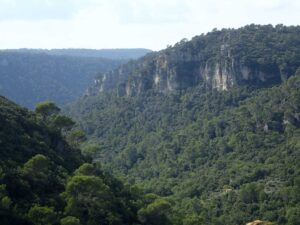 We left Nice and the French Rivera this morning for the long climb into the mountains that define the difference between the Rivera and Provence. The climb was one of the toughest I have done and made tougher by some of the bypasses Gergo routed in order to avoid a busier road. However, it was a Saturday and the roads were not that busy and because it was Saturday the smaller, narrow bypass roads actually had more. Overall we climbed over 1800 meters (6000 feet) during our 131 kilometer ride.

There was a little mountainside village that I spent some time in after lunch. Unfortunately, it was not by choice but they did have a lovely café that I wished had occupied my time instead of what did. The village is the connecting point for 5 different roads. My GPS was malfunctioning a bit earlier and I was not fully confident in the information it was providing. Both it and Ride With GPS on my cell phone would inform me that I was off course no matter which road I took. The real road was actually a very narrow alleyway that was partially blocked by construction. The first three times through town I only received some stares from the men near the traffic circle. The fourth time they chuckled. The fifth time they laughed out loud as I rode through once again. To avoid total embarrassment I decided to squeeze past the construction barrier, carry my bike over a step and around a curb and into the steep, uphill alley. I was rewarded with a chime from both navigation devices telling me that I was back on course!

Plenty of sights along the way from an old monastery to some sort of art gallery with large sculpted heads in their yard. The ups and downs of today’s ride also provided an ever changing landscape as we climbed and descended the many hills.

The rest of the ride was more of the same; big climbs and fast downhill runs all the way to the beautiful hotel nestled into the alpine hills of Provence. The scenery along the way was fantastic, as it has been this entire tour. I arrive tired and thirsty both conditions easily resolved with a shower and a few cold drinks. 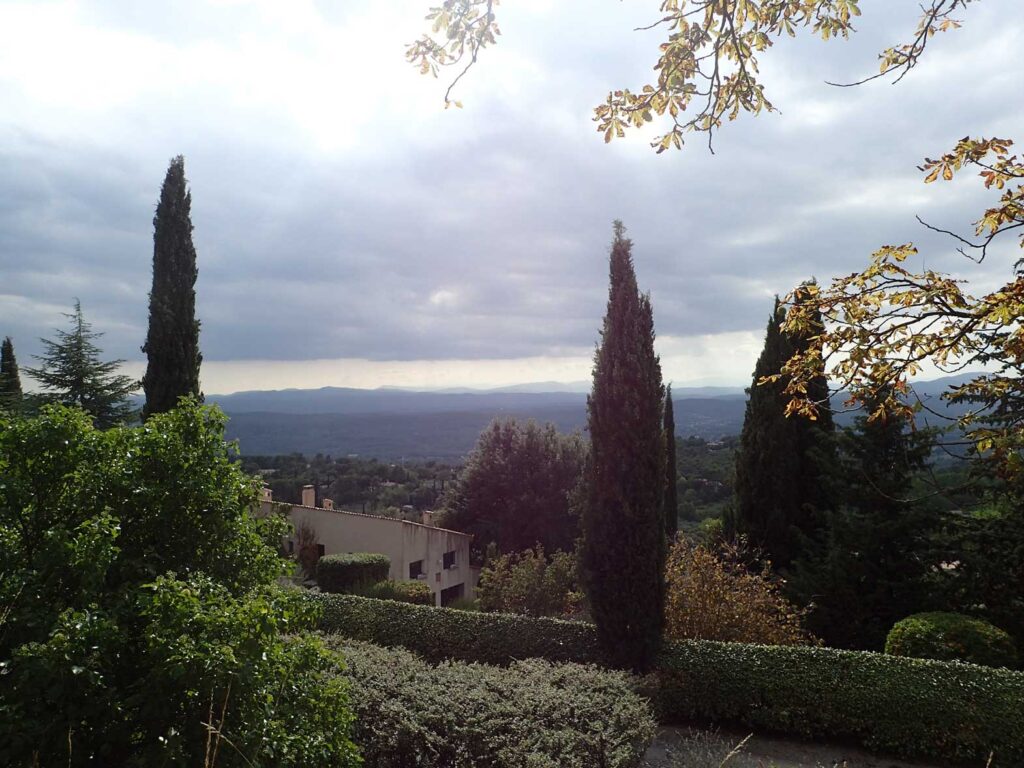